Not Quite Ready for Rockets 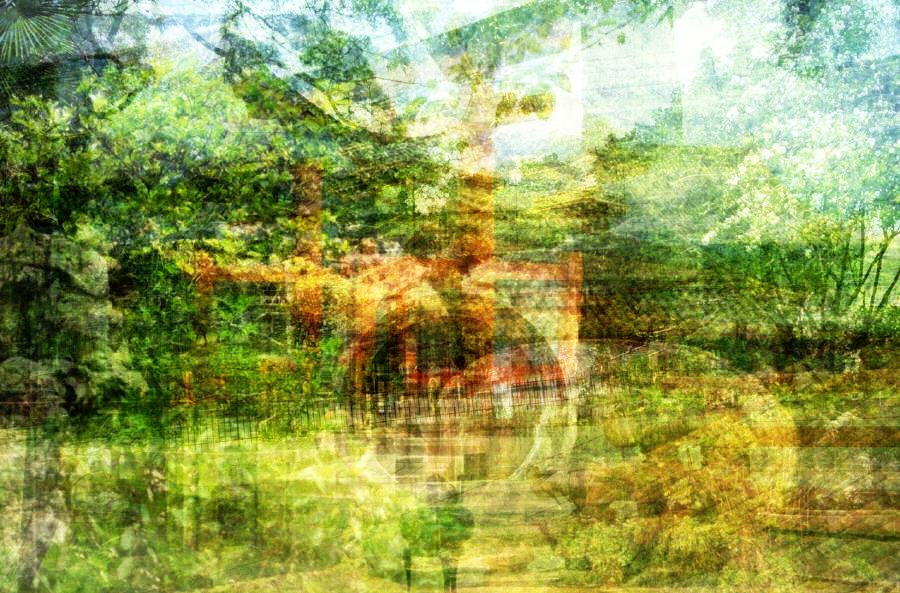 Walking barefoot in the back fields
Beds of soft folded grass hide in forests of thistles
I was missing the purple
(there’s usually more this time of year)
I found it where the hard packed earth gives way to damp
and water squelches between toes
(Must walk more carefully here, step by step, like a dancer)
Golden rod and Queen Anne’s lace, and milkweed not yet ready to burst

Open to the sky, the field stretches in long undulating hills
The mowed patches are scratchy and hard;
the long grass softens closer to the shade

I wish I knew which parts of the plants were edible
the seed pods that look like coriander, but aren’t
They say the roots of the wild carrot are safe;
you may know them by the fans of green that smell like carrots
when you step on them, or rub them between your fingers

There are too many people here, and yet
the number is perfect for the event at hand
(Strangers always stand at a distance,
no matter how close they are)

The hitch-hikers cling to the thin fabric of my over-short dress,
tiny green tag-alongs, bright as fresh moss,
the brightness of limes, that shine more in the imagination
than they do in real life
I will be finding traces of them days from now, will notice
cuts and scratches as an afterthought, and not remember how I got them

Walking in long grass is like the idea of walking among lions, or out into the air:
It only works if you don’t over-think it, if you just let things happen
Most of the time, it’s not true, what people say about belief
but sometimes it almost is

Only yesterday, I was murdering grass with a roaring demon fresh out of hell,
assuaging my conscience (and my future self’s sense of aesthetics)
by leaving islands of peace, tall nodding groves of white,
low lying gardens of fuzzy violet and gold
And yet today I step tip-toe, careful not to crush
the precious food of butterflies, the bedding of faeries,
and all the small gypsies and thieves that roam underfoot

Still more people appear, blue toe-nailed and familiar,
yet even more out of reach
Voices heard since childhood, and yet still not held in confidence,
nor yet sought out when silence may be found instead

The pen is a way of hiding; perhaps more acceptable
than the pages of a book, or worse, a glowing screen;
“Creative urges in action”, we can say, as an excuse;
Grab the moment while you can
A transparent wall of words only I can hear,
the magic of black lines transformed into future memories,
a pre-post-examination of a now that can never be retrieved,
that will always be losing coherence, a moment of truth transformed
second by second into fiction, every image more subtle, or more sharp,
than it was at the time the moment happened

And as always, this thought conjures dragons,
a quintessential embodiment of how
we wish evil would behave in the real world (but doesn’t):
Defeatible by a single arrow, if we can find the right spot,
the vulnerable patch just beneath the wing, behind the left back leg,
where the gold rubbed the scales raw;
If we only had a sacred arrow passed down through generations,
blessed by the collective belief of the ages,
a hundred thousand stories, arguments,
songs, revisions, sermons and lies
(when we start to write lists, it may be time
to put down the pen
and go outside.)

-T.H.
(written on Grondzilla’s birthday weekend, at the farm, August 2014)

2 Responses to Not Quite Ready for Rockets