September 2017 Update: The new Harp Blog is now over at https://celticharper.wordpress.com/blog. You can also visit us on Facebook: www.facebook.com/OntarioHarp 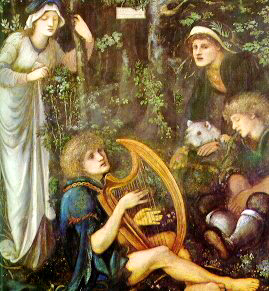 This site will remain up as an archived site for as long as WordPress supports it, so feel free to browse old posts. Comments have been disabled, so if you’d like to get in touch, please do so through the new site.

Thanks – and happy harping!

This piece gains a whole different voice when played on harp, but is, I think, equally majestic in its own right. Performed by Amy Turk.

Three airs with variations written for the triple harp by John Parry and Edward Jones, performed by Robin Ward. You can find out more about Robin’s music at www.robin-ward.com

Apologies for the lack of posts these last few months, real life got in the way. More news and links to come, but in the meantime, here are three featured Canadian harpists in the news and in concert:

Harpist Elizabeth Volpé Bligh happy to be a rarity

Live at The Record Collector, July 2011. “Something” cover arranged and performed by Erin Hill.

Some great high energy playing here (made to look effortless of course), with some impressively subtle dance moves to go along with.

According to the Harp Spectrum,

“In the 20th century, a new demand arose for a national instrument rooted in ancient times, yet still contemporary. In 1964, Konghou was revived in Shenyang, China, and during the 1980s several musical instrument factories in China began to design and produce a new type of Konghou combining the Guzhang (koto, like a movable-bridge zither), Pipa (lute) and Qin (mandolin), and utilizing the modern technology of the pedal harp.”