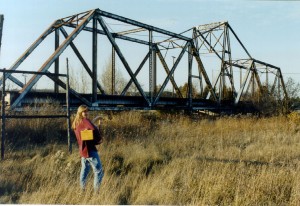 By Shawna Selline, played by Bobbie Jo Curley.  It’s been a surprisingly warm spring in our neck of the woods.  I’m tempted to take my harp out and play by the river, once things have dried out a bit.

More lovely videos of Sharlene’s playing on her YouTube channel.

Yet another wonderful example of how versatile the lever/folk harp is, and how effortlessly it embraces music from around the world.

Estren & Porthlystry are 2 traditional tunes from Cornwall. They are featured in Sarah’s Cornish Tunes book from www.cornwallharpcentreshop.co. uk

Concert to be followed by a traditional Irish session.

No, this isn’t an endorsement of Heartland Harps (although I would love to have one of my own, if space and finances weren’t so tight). It is, however, a lovely rendition of Planxty Cruit on wire harp performed by Ann Haymann. And they are very pretty harps. Maybe it will inspire you to come up with some Celtic decorations of your own!